This post advertises the release of hydra.el 0.5.0. The package was introduced in an earlier post and received some positive feedback. Currently, it's available in both GNU ELPA (slightly behind) and MELPA (always current). 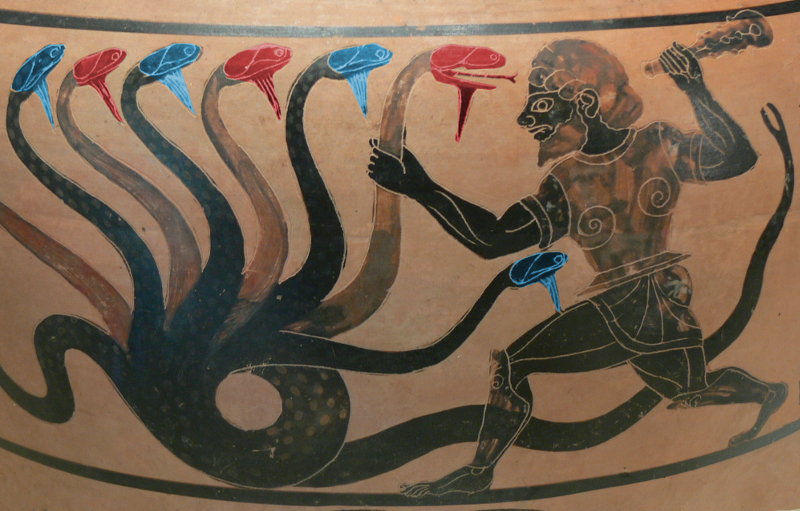 As I originally released the Hydra, I was asked if it was similar to this approach described on Endless Parentheses. I said that it's not, since Hydra commands are meant to be repeatable instead of being called just once.

Now, after I've designated the repeatable heads with red color and the one-off heads with blue color, Hydra can reproduce the mentioned approach. Here's how it looks like:

And this is what I see in the echo area after pressing C-c C-v:

Note that defhydra looks intentionally like a defun, so that it's easier to remember how it works. Here's a more verbose Hydra that's largely equivalent to the one above:

The final function calls the Hydra's body, displaying the hint in the echo area and setting the transient map. It's the return result of defhydra, that's why it was possible to pass it to global-set-key in the first example.

The Hydra body consists of:

It's possible to omit the map and the body prefix simultaneously (it doesn't make sense to omit one but not the other), or just pass () if you want to get a red Hydra body that you can bind yourself.

This string will be used in the echo area to distinguish the current Hydra. This is optional, it case you don't provide it, it will default to "hydra".

Some more ideas for blue Hydras

Here's one for some helm-related functions, don't ask how projectile-find-file ended up here:

Here's one more for gnus; I'm just getting the hang of it, so some hints are useful:

I omit the hint for the commands that do the same as the previous one, just without citing.

I hope that you enjoy the update and let me know when you invent some efficient blue or red-and-blue Hydras. Happy hacking!