I started using Emacs around 2010-2011 when I needed an environment for C++ and LaTeX. The default color theme was horrendous (it still is), and I don't fancy myself a designer, so I just copied a color theme of the thing that I was using previously: Eclipse.

This theme modifies almost nothing except the font lock faces, and looks reasonable while called with -nw, although I don't see why anyone wouldn't want to take advantage of what graphical Emacs has to offer. 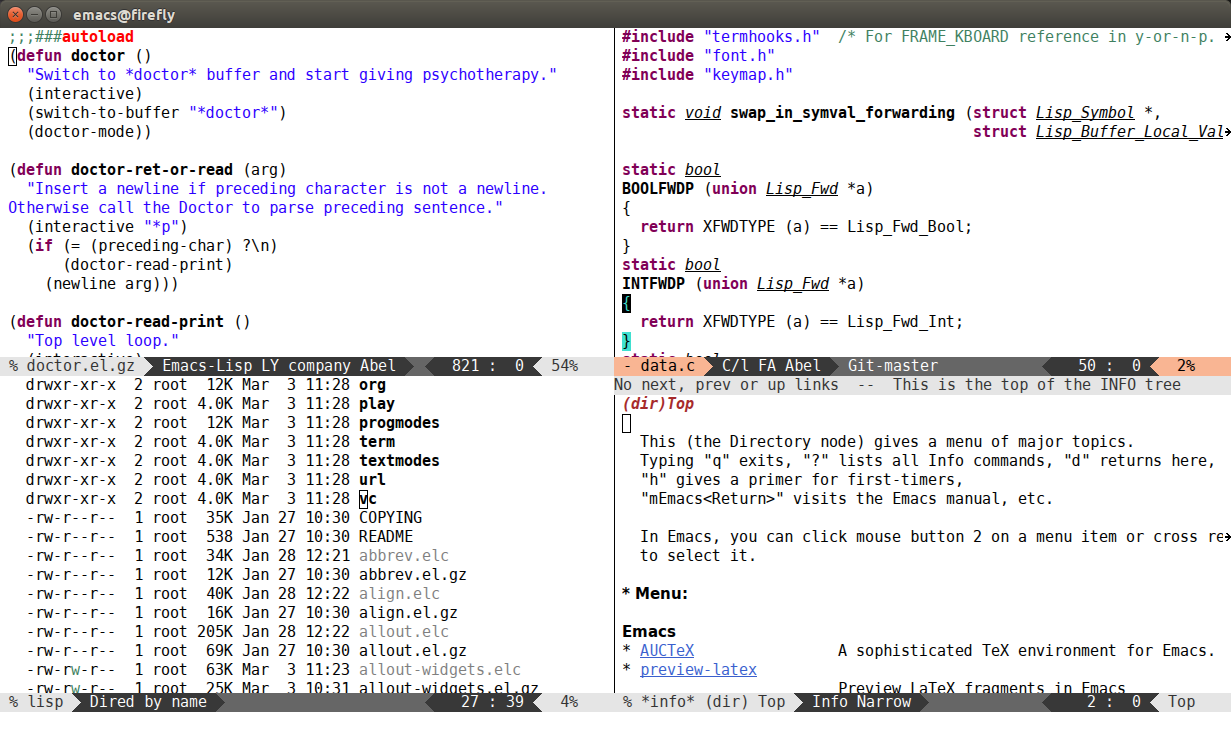 It's shown together with my fork of powerline. I'll try to merge it as a theme eventually, I'm delaying it because powerline isn't very easy to understand/modify.

Eclipse theme should be on MELPA soon, I hope you'll enjoy it. I've tried probably 30 themes on MELPA, but I just can't part with eclipse-theme. I'm guessing that it's a feeling that most theme creators share.