Currently, MELPA hosts over 2250 packages. That's quite a large number, although it's still feasible to try most of the popular ones. In comparison,

gives me the number 50250. I don't recall calling apt-cache pkgnames ever before, while I call package-list-packages all the time. I suppose that this will have to change when the number of packages grows further.

I usually explore packages just as they show up as new in package-list-packages. I'll share the two tools that I use for exploring them.

Smex is an M-x enhancement for Emacs. In addition to executing commands faster, it gives you an option to jump to the current command's definition with M-..

Here's how I bind smex:

I don't feel bad at all for unbinding transpose-chars, C-t is such a prime binding, that only the best commands can deserve it. And since I touch-type, it's easier for me to hit M-DEL and retype the word when I notice a mistake, than to carefully navigate to the mistake location and call transpose-chars with surgical precision. On the other hand, the number of Emacs packages is only going to grow, so it becomes less and less feasible to bind everything. Instead, seldom used stuff can be called though smex. For instance, I don't bind markdown-toc or speed-type and call them via C-t instead.

Back to the point, C-t ... C-. (smex-find-function) allows me to quickly jump to the source of the package that I want to explore.

Once I'm in the source code, I can quickly get an overview with g (lispy-goto) from lispy. It uses CEDET's semantic module to get a list of tags in current directory with helm for completion. In my opinion, it's much prettier than helm's own helm-semantic. It also explores more tags for Emacs Lisp, for instance it will capture use-package and global-set-key tags.

A new cute feature that I added recently is a different background for user-visible functions, i.e. the ones that are callable by M-x or smex. Here's how it looks like, for the speed-type package (interactive functions have a purple background): 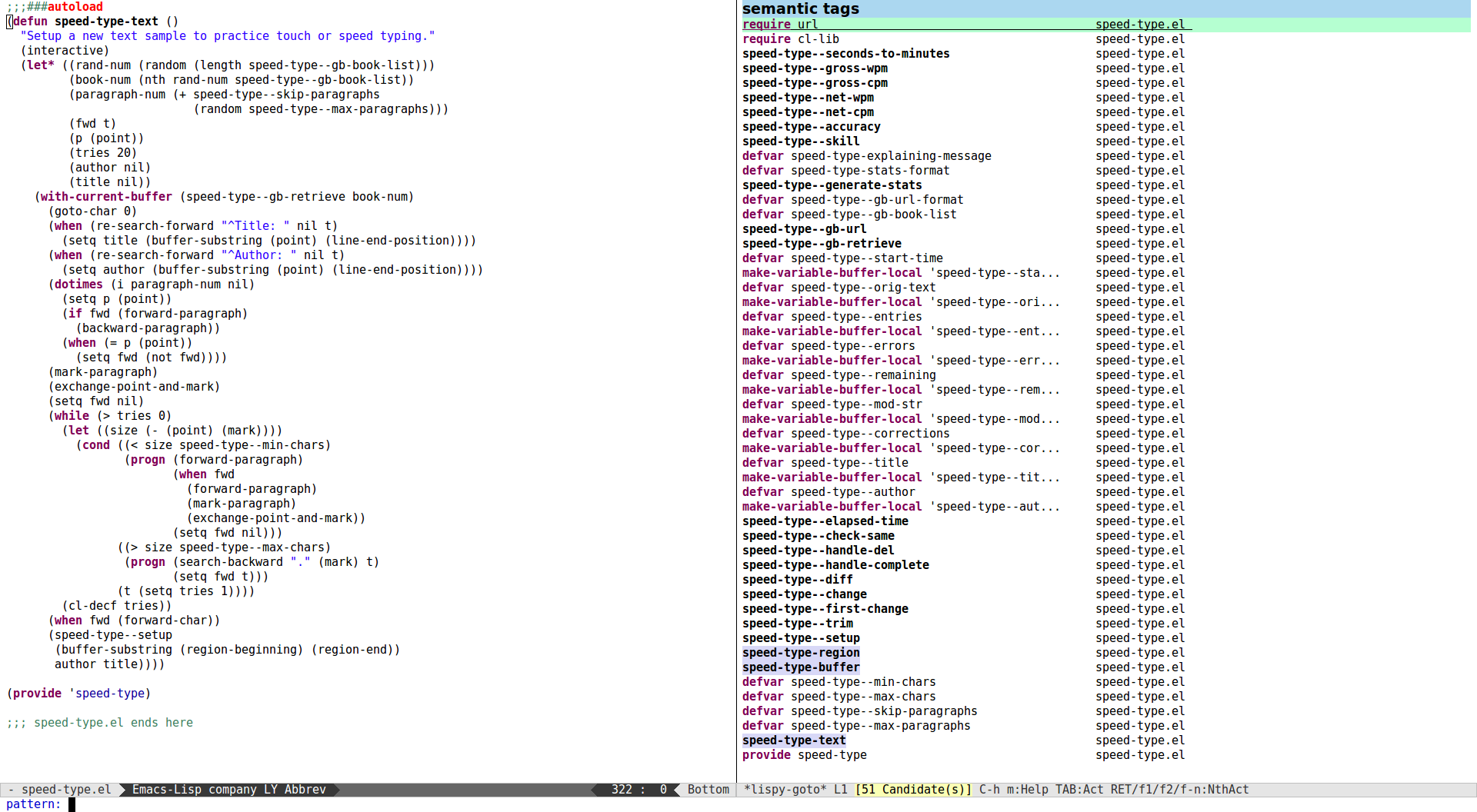 If the image text looks too small, you can right click / view image in your browser. Here, I can see at a glance, that there are three commands that I can call. I can also see a few variables, two of them don't include --, so they're probably customizable.