The reason for the move is that, due to the implementation of ace-jump-mode, it's hard to wrap its calls, since the function exits before any of the red chars are selected by the user. Also, ace-jump-mode uses its own defstructs for candidates while I'd rather have plain lists, but that's a minor issue.

I tried to pinpoint the most generic algorithm that ace-jump-mode implements and wrote it down in avy. Here's the core of the implementation:

The first function, avy-subdiv, tries to split a number in terms of the base in a way that the most leaves have the lowest level:

And here's an example of what avy-tree produces:

I think the library turned out to be pretty clean, since it knows nothing of points, buffers or overlays, and imposes no restrictions on the type of leaf items and keys.

I'll list them together with the code, so it's easier to see what they do. The basic customizable variable is this one:

Note that, while ace-jump-mode has 52 selection chars by default, I prefer to have only the 8 chars on the home row. This means that I'll usually have to go around one level deeper, but the characters are easy to find and press.

This one will read two chars and then offer avy-selection for the matches. This is a pretty sensible approach for a pool of 8 keys, since usually 3 chars total will be necessary, with the first two being in natural succession.

Here's a screenshot of me typing in a natural two-char sequence "do": 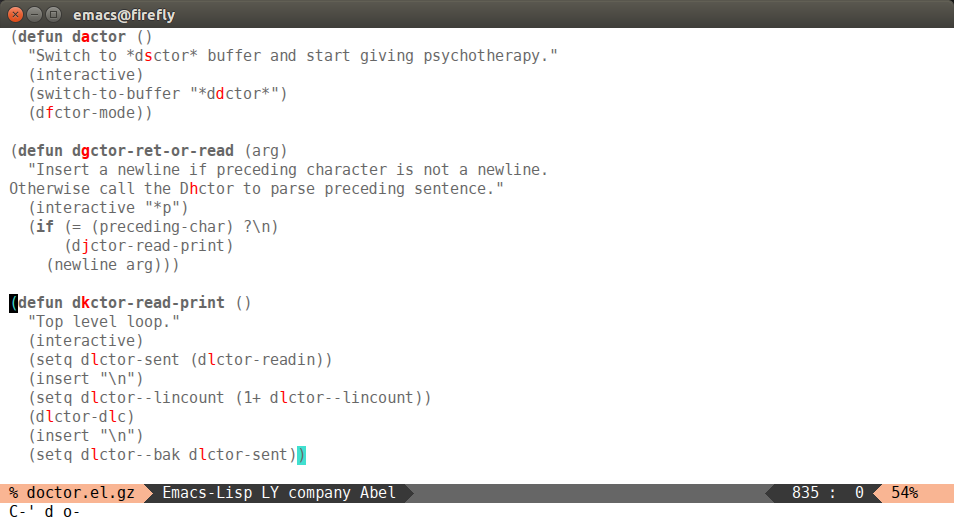 This one is quite nice, since I always have less than 8*8=64 lines in any window. Here's how it looks like: 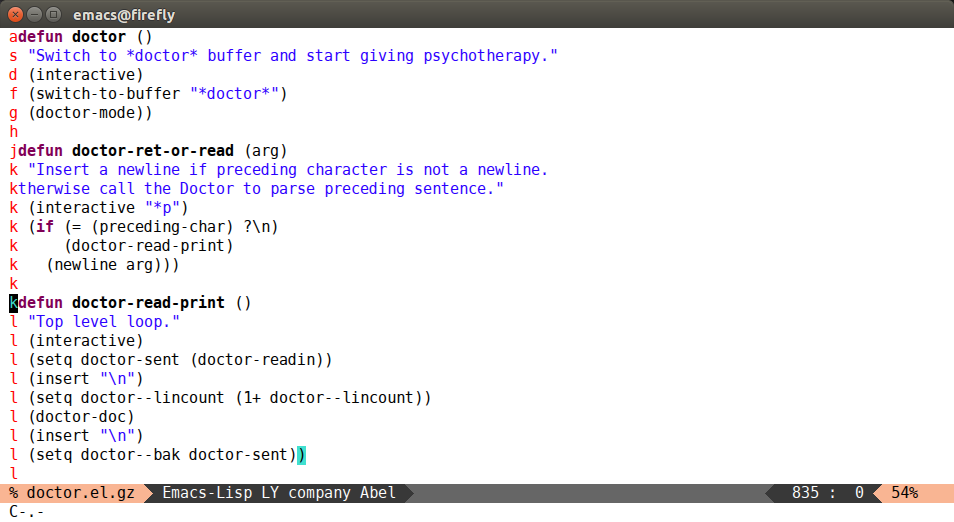 I removed the gray background, since the leading chars are always in an expected position.

Saving the most clever one for last:

I don't mind not being able to isearch-forward-regexp for a single quote without using C-q (quoted-insert). In return, I get the ability to very quickly jump to a search candidate on screen. I like this command the most. In case when there's only one match, it's a faster way to call isearch-done (than C-m). Here's the result of C-s sen ': 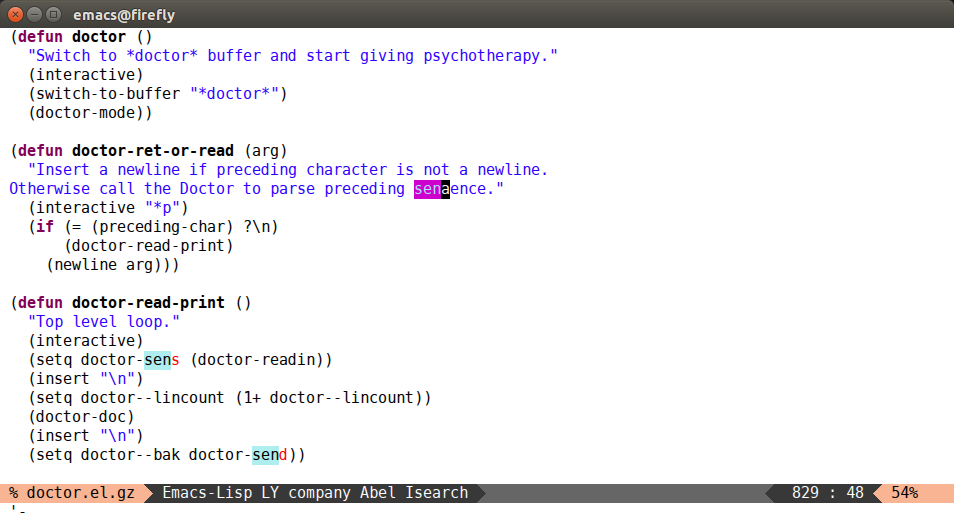 I've used the new functionality for a few days already, so it shouldn't be fragile. If the newest MELPA version bugs out for you, you can fall back to version 0.7.1 on MELPA Stable and post an issue. Finally, I hope that some people will take advantage of avy.el simplicity and come up with some cool new commands to share with me. Happy hacking!