I just closed a really helpful issue for ace-window. Turns out that there's a plugin for vim called Easymotion that's very similar to ace-jump-mode. And that plugin doesn't highlight the leading chars one by one, but instead gives them all at once. Which is a pretty good idea, since it's more convenient to read the whole path at once and type it in at once rather than:

To turn on the new behavior:

Although this will only have an effect once you have more than 10 windows. But this method really improves the functions from avy-jump.el. I've added some more commands and renamed the old ones since yesterday. 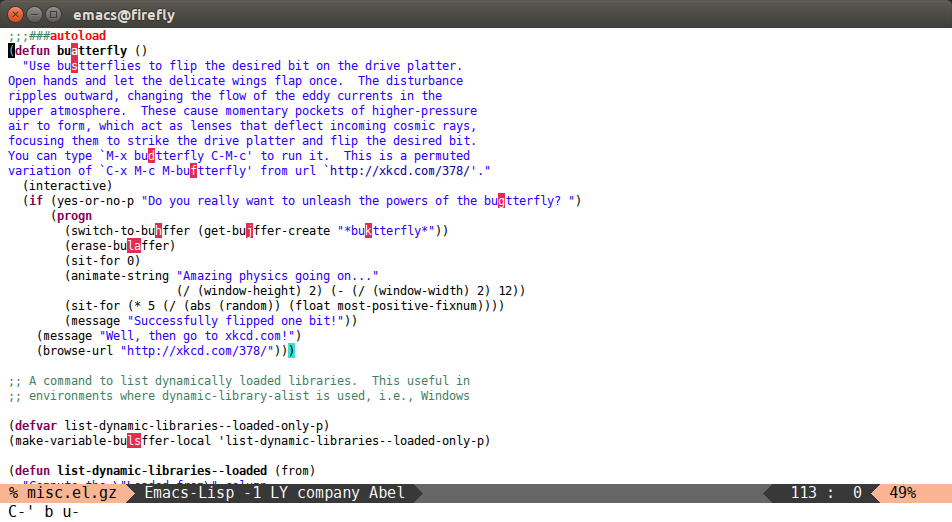 As you can see, nothing is overwritten by the overlay - it's appended after the search chars. In the screenshot above, I have avi-background at nil; you can set it to t if you want a gray background. 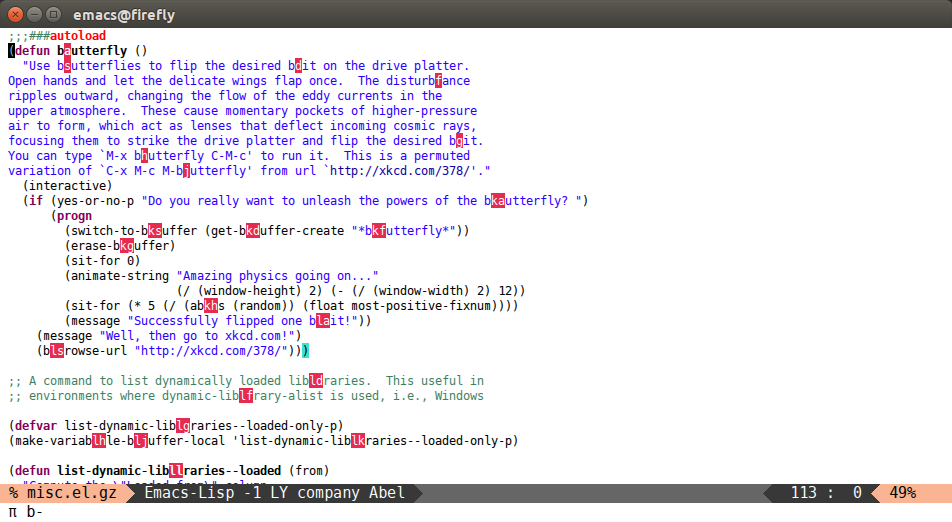 Here's the result of M-g f: 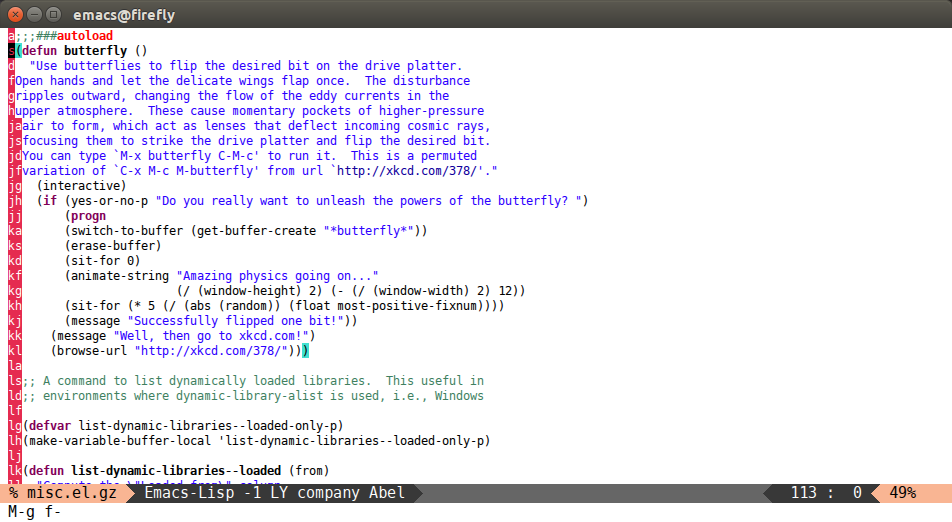 These functions use the method of avi-goto-line to copy/move stuff. It might be useful for line-based text.

Here's the simple definition and the binding:

There might be quite a lot of candidates for this one, but there's no call to read-char. Here's what happens after M-g e: 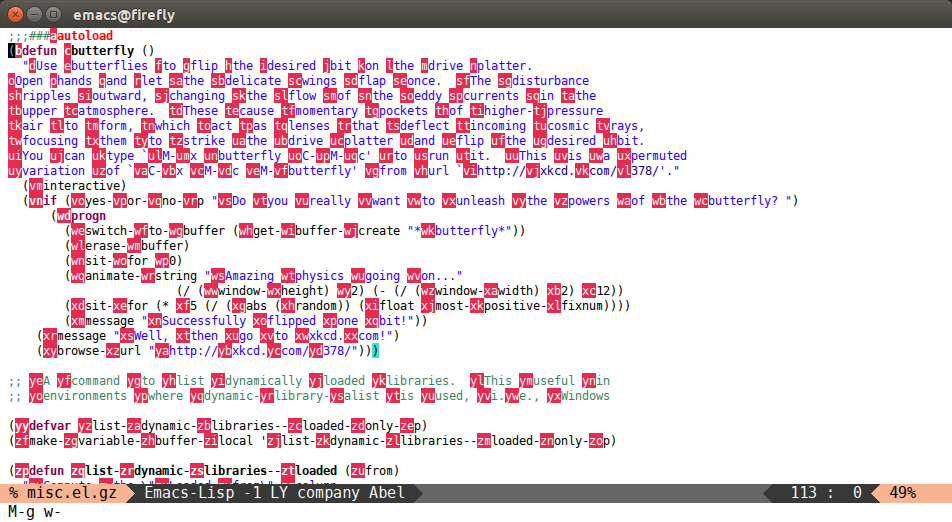 Here's a version of it that reads one char:

Here's what happens after M-g w b: 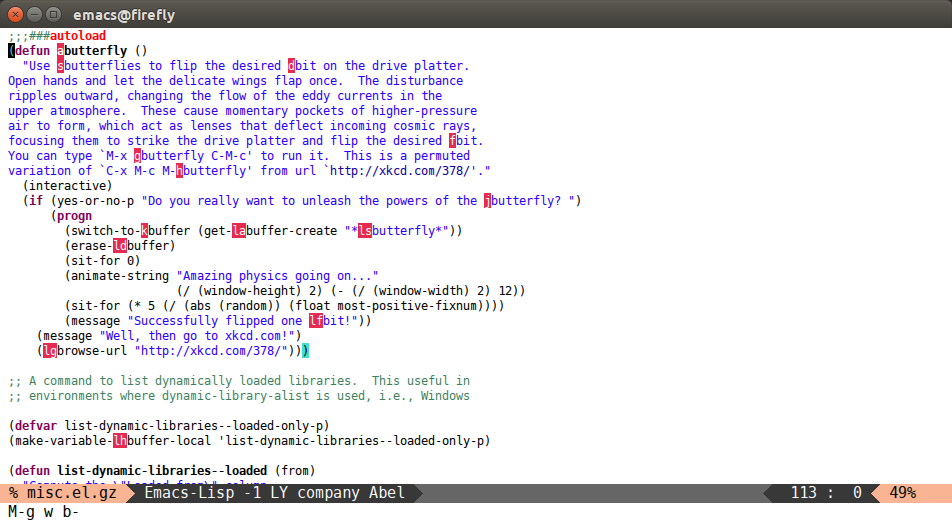 Give the new functions a go and see if you like them. New ideas are welcome, especially pertaining to ripping off vim plugins. I did the vimtutor once, but I have no idea how vim plugins work. But it turns out that I like Easymotion.