More on swiper and ivy

I'll describe two new things in swiper and ivy that happened within the day. Although you can install them separately from MELPA, they still live in a single git repository.

It's a good idea by @purcell, and I tend to agree. So now, there are six faces that inherit highlight, isearch-lazy-highlight-face, isearch and match faces between them. The advantage is that most themes re-define the above four faces as they see fit, so the swiper faces will fit in better without customization.

Still, I really enjoy the previous faces that were derived from the Swiper sprite. You can have them as part of eclipse-theme. The theme creators can just copy them verbatim to a light theme if they so choose.

By the way, it seems that not all Emacs users are aware that you can customize faces. You can do so interactively for most popular packages. For example, after M-x customize-group swiper, you get a GUI for selecting most configurable things for swiper, including the faces.

The GUI will generate the code that looks something like this:

The code to complete Elisp code at point is very simple:

The only function above that isn't one of the familiar primitives is ivy-read. But even that one has a similar interface to that of completing-read or ido-completing-read. I was using helm-lisp-completion-at-point before, but counsel is much less obtrusive, while offering comparable speed and convenience: 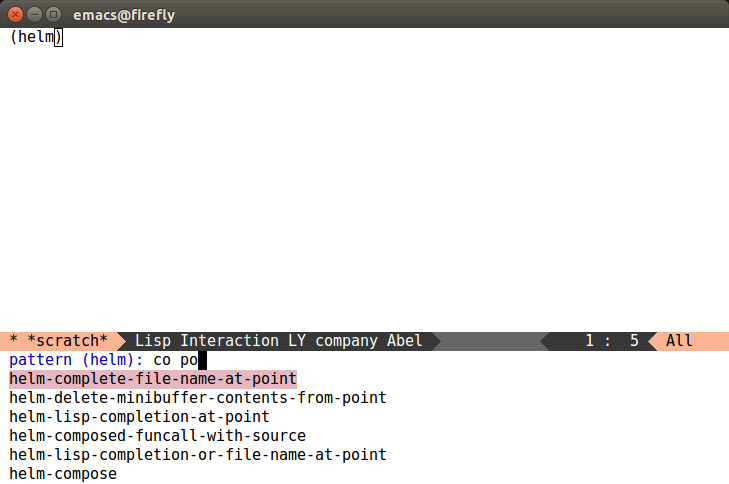 The default minibuffer height for ivy is set to 10 via ivy-height. It's quite reasonable all-around, but for counsel I've set it to 7 via a let binding.