Today I'll share a Hydra that I've been working on that's similar to Lit Wakefield's original idea for a helm hydra.

Here's how I bind it:

And here are the auxiliaries:

There's actually an outstanding issue to make the hydra heads appear conditionally. This would be quite useful for the m and , bindings, since they don't work outside a dired buffer. Maybe I'll get to it on the weekend. Meanwhile, here's a screenshot for marking files in dired using swiper: 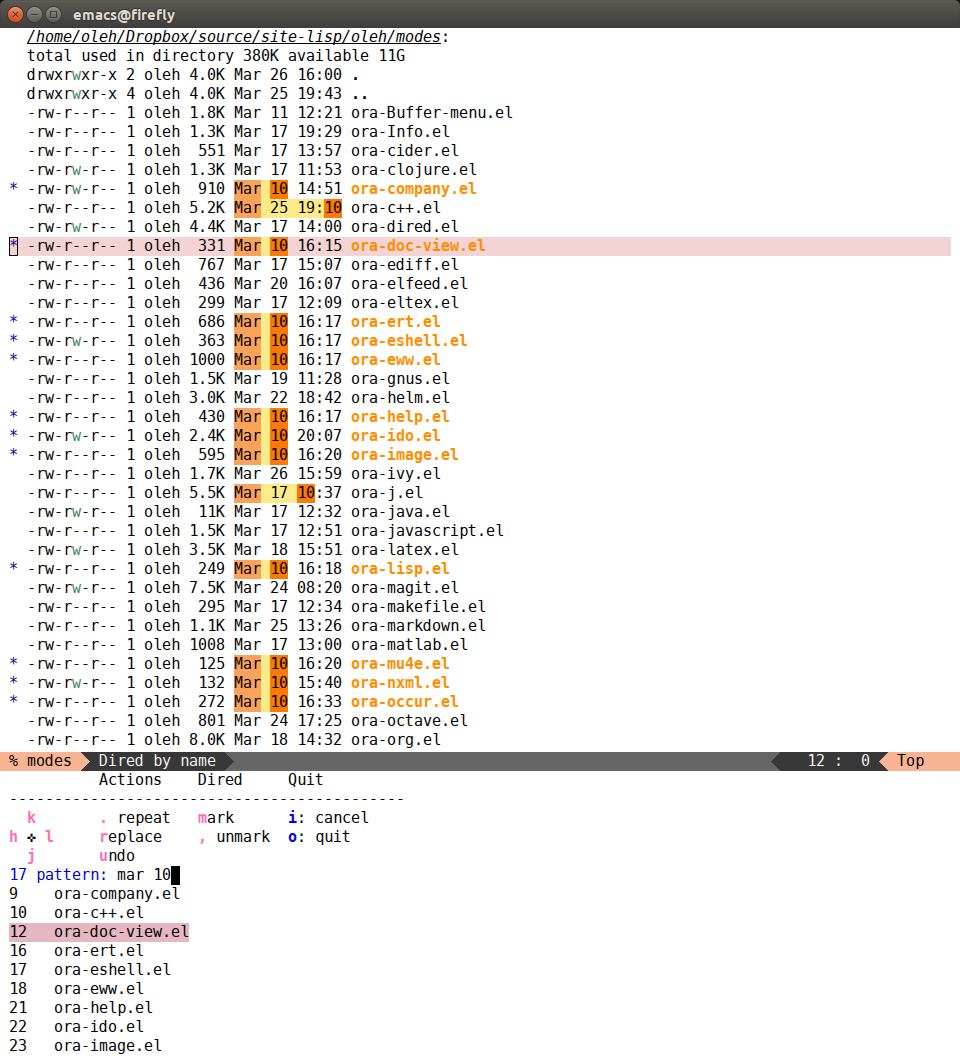 If I wanted to move two candidates down at once, I could press 2j...... The . will repeat the previous command with the previous argument. You can also set the argument later, e.g. j.2.3.. etc.

So you could first mark Mar 10, exit with i, edit the input to Mar 17, press C-o and mark some more. Then finally exit with o.

The replace and undo operations

These two I've added the latest, so they are still a bit off. The ivy-replace option is similar to vim's r (I did vimtutor yesterday). It lets you replace the selected candidate. And u simply calls undo. Strangely, at the moment it will undo several ivy-replace operations at once, even though I call undo-boundary in ivy-replace.

I think ivy and the hydra docstring blend in together quite nicely, like old dogs and new tricks. I don't know which is which.